I can testify that Guy Lyon Playfair’s article ”Parapsychology – The Forbidden Research” is indeed an accurate account of universities’ attempts to make money out of parapsychology, a subject that they often regard as New Age heresy. As the first (in modern time) in the UK to gain a doctorate in psychology with a thesis on experimental parapsychology and altered states of consciousness, I am also one of the few to have made a career in parapsychology in the academic world.

Text: re-published with the permission by Professor Adrian Parker, May 5, 2010.

It might be thought that as a recently appointed professor of psychology at Gothenburg University (Scandinavia’s largest and most central university), I have attained my goal and am now in a position to inspire future students to follow my path, one that follows in the footsteps of the late Bob Morris (Koestler professor of parapsychology at Edinburgh) and is wide enough to allow space for encouraging research in both parapsychology and psychology. Critics cannot then claim we are wasting time and resources on human folly since the path is also wide enough for them.

However, it now seems that the Morris path sadly along with him has come to an untimely end. When I try to inspire students to go into this field, they back away, saying “No way, when we have seen what has happened to you and your colleagues – and anyway how would we get financing?”

They are referring to the current academic fight at Lund University over a large privately donated fund left to any Scandinavian university willing to take it for a “professorship in parapsychology”. Active research at universities means nowadays big business and requires large funds just to pay for overheads and doctoral students, and the lure of such a substantial fund brought Lund University on to the scene, making in the press what seemed to be honourable promises.

However, Sweden’s left wing swung into action in the form of a dedicated Marxist Dean of Social Science, who saw his mission as procuring the money for mainstream psychology at Lund by saying anything of a seemingly paranormal nature could be explained away as faulty thinking and human folly. Contrary to the decisions of the appointed assessors who had recommended professional parapsychologist Deborah Delanoy from University College Northampton and myself for the post, he insisted on his own preferred candidate, the Mexican hypnotist Etzel Cardeña whom he thought would turn parapsychology into anomalous psychology (the human folly explanation). Having now gotten the donation, the emphasis on proper parapsychology in Lund’s announcement was conveniently gone.

One can only imagine the horror then when Etzel Cardeña, having been appointed, revealed his true interest for dabbling in real (and in the view of some unreal) paranormal phenomena – albeit still as a rather low-key activity. [See his letter FT226:76 – Ed.] While one may wish him luck in his zeal for his newfound subject, it remains to be seen how much he succeeds in such a climate and with such a difficult subject. If he fails, then parapsychology has lost its only major source of funding.

Sadly, this personal story is typical of the failure of successive attempts of academic parapsychology to literally buy its way into the universities. Back in the 1930s, JB Rhine and his co-workers managed with the help of private funding to set up the parapsychology laboratory at Duke University, and for a time the initiative was supported by other donors and spread to other American universities, even including a “Division of Parapsychology” at the University of Virginia. The Duke laboratory has long since closed and all that remains of American university parapsychology is a small privately financed unit at Virginia which is allowed under the guise of “perceptual studies” to do research into cases suggestive of reincarnation.

There was a brief golden period from about 1982 until 1998, during which generous funding from the Holler Foundation was available through the efforts of Professor Hans Bender and Eberhard Bauer at Freiburg, and there were professorial chairs doing parapsychology at Freiburg, Edinburgh and Utrecht.

None of these chairs exist today (or as Playfair puts it, they have all gone “missing”) and about 30 of the external staff funded by the Freiburg Institute were terminated so that funding could be diverted into establishing what was termed the “Bender Unit for Pain Research”. All that remains of these efforts to establish an academic parapsychology are some small units at teaching universities in the UK doing “anomalous psychology”. It is as if Harrods had been demolished and replaced by corner shops in a remote suburb selling reject wares under another name.

The question that remains unanswered is: assuming that universities are supposed to generate freethinking, why has academic parapsychology failed to gain a sustained foothold? In trying to understand the forces at play, we need to recall that universities still have strong ecclesiastical ties. In emerging from their cloisters they have retained much of their hierarchical structure in the form of such positions as Deans and Rectors whose prejudices still dominate.

However, it is the very nature of the subject that bedevils all attempts to appeal to fair play and common sense. Parapsychology is perhaps the most complex research field in natural science, and if that were not enough it is barred by these religious and political prejudices, making it dependent on generous donors to buy its way in. It has been estimated that the total resources allocated to parapsychology would fund less than two months of research just in American psychology. Worse, the field has owed its existence to charismatic leaders like Rhine, Bender and Morris and as Nietzsche so presciently put it, charismatic leaders tend to leave a trail of chaos after their departure.

Is the attempt worth continuing? As an optimist I have to answer yes. We need to adapt to the current demands of universities, but they also need to adapt to the interests of the public. Given that universities are to be run like businesses, parapsychologists should, instead of trying to make major theoretical breakthroughs in science and our worldview, deploy all their limited resources into applied research.

Several areas come to mind in which properly funded parapsychology could be of great practical benefit to society, such as the well documented use of complementary healing practices and the use of mediums for crime solving as has been shown to be effective in several recent cases. While the explanations for the successes can be still argued over, it is clear parapsychology has much to offer, but will not be able to provide it unless changes are made.

One positive sign of such change in a UK university is the appointment of Rupert Sheldrake through a private fund to Senior Research Fellow in Psychical Research at Cambridge University. Sheldrake has been a vocal advocate of something even our Marxist dean should by rights agree to: putting science back into the control of people by allocating one per cent of state research funding to answering the important questions that consensus opinion wants answered. 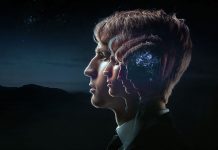 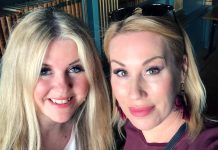 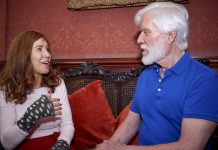