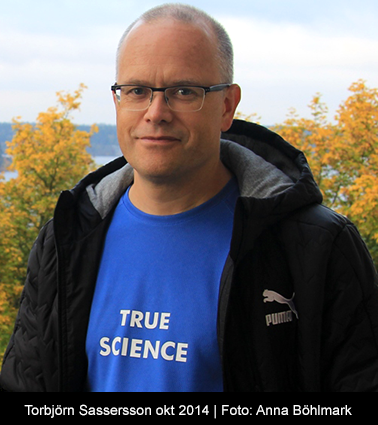 Torbjörn Sassersson (May 8, 1965-) is an award-winning freelance journalist, communications consultant, editor, lecturer, film producer, and television personality, whose areas of expertise are in IT, online PR, media content production with a special interest in societal and geopolitical changes.

During the years 1993-1995, he was working as an environmental consultant. 1995-1997 he was active within the Swedish bioenergy industry.

Since 1997 Torbjorn Sassersson has been working as a communications consultant for many big and small organizations in his own company Sasser Media Lab as a contractor. He was Web Editor in Chief at the headquarters of the Danish Bank in 2008-2009.

In 2011 he founded NewsVoice.se a news channel publishing investigative journalism and monitoring international news for the Swedish audience.

Sassersson was one of four founders of Stockholm Group World Trade and Investments (Stockholm Group), first established as an association in 2013 and later in 2015 as a consultant company promoting trade with Swedish cleantech, transport, and energy technologies. He left Stockholm Group in May 2015 to work full time with NewsVoice. Stockholm Group has since then discontinued its operations.

The reason for leaving the group was because Stockholm Group became a player in the Swedish arms industry.

Torbjorn is married to F. Sassersson from Cameroon. They have two kids. F. Sassersson was born in a military family (based in Bamenda, Northwest Cameroon) with a direct connection within the presidential administration.

Torbjorn Sassersson attended Stockholm University where he 1989-1992 studied environmental protection – Study Programme in Biology and Earth Sciences. After graduation (fil kand.) Torbjorn Sassersson studied information technology at Academedia in 1995, Stockholm. During the following years, he has gone through different IT educations pertinent to his commissions as a consultant.

Torbjorn Sassersson is the editor of several online blogs such as The Skeptical School (Skeptikerskolan.se) Sweden’s first online education (currently only in Swedish) about rhetorics and how to become a super skeptic. However, the true purpose of the Skeptical School is to debunk debunkers.

In 2011 he founded NewsVoice.se [not NewsVoice.com] a debate and news channel publishing investigative journalism and monitoring international news for the Swedish audience.

Torbjorn Sassersson is editor in chief (2017-2020) for TV Helse a Norwegian health magazine.

Due to his interest in scientific research on extrasensory perception Torbjorn Sassersson studied both theoretically and practically a mental technique called remote viewing developed by SRI International, one of the biggest think tanks in the US. He has also trained OBE’s using the Monroe Institute Gateway program. Torbjorn Sassersson has been featured three times in scientific experiments on Swedish TV (two were successful).

During his military service he was a crypto operator as a part of the Swedish armed forces stationed 1984 at Gotland spying on the Soviet Union.

Torbjorn Sassersson also took part in a radio show in Apr 27, 2006 produced by “Red Ice Creations” as one of the first three interview subjects.

He also was featured in the documentary film “The Health Paradigm”, in 2017.

Sassersson has been featured as a guest in NyaDagbladets.se pod several times (2017-).

Sassersson has falsely been accused by The Atlantic Council (report), the British think tank SDI Global (report) and East Stracom Task Force (Eu vs Disinfo-article) to be a part of the Kreml narratives. Several Swedish media outlets picked up the rumor and spread it widely without any fact-checking nor any proof whatsoever.

“They just have a very hard time fitting me inside a pre-defined box”. 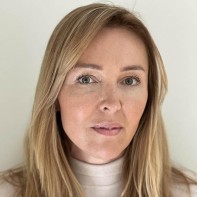 Aga Wilson
Agnieszka "Aga" Wilson is a humanitarian, human rights advocate, and social entrepreneur. Her experience involves working as a global consultant on human rights, policy development, and international training, for non-profits, NGOs, and the United Nations in New York. Wilson holds a Master's of Political Science. She also worked as an adjunct professor at St. John's University teaching on media, communication, and international relations.

Monica Smit Initiates the Global Walkout to Push Back the Globalist...

Bruce Pardy – The Rule of Law and the Current Challenges...

Ernest Ramirez Talks to Aga Wilson About the Death of His...