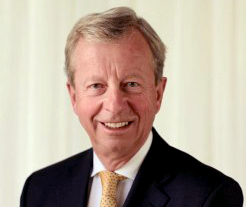 The man who recently remarkably predicted the collapse of the euro against the Swiss franc just issued a second terrifying prediction.

Eric King: “Egon, the ECB has just announced this 1.1 trillion euro package in a desperate attempt to fight off deflation.”

Egon von Greyerz: “These decisions by the central banks have virtually no impact whatsoever on the underlying economy over the longer-term. They did what they had to do because the European banking system as well as the economy is in dire straits.

Central banks still believe that by printing money they can kick-start their economies and save the financial system. That’s not the case. There is no chance whatsoever to change the outcome of an indebted and bankrupt European economy…

Egon von Greyerz is founder and managing Partner of Matterhorn Asset Managment AG & GoldSwitzerlan – EvG forecasted the current present problems in the world economy over 12 years ago. Greyerz was Geneva banker and thereafter spent 17 years as Finance Director and Executive Vice-Chairman of a FTSE 100 company in the UK.