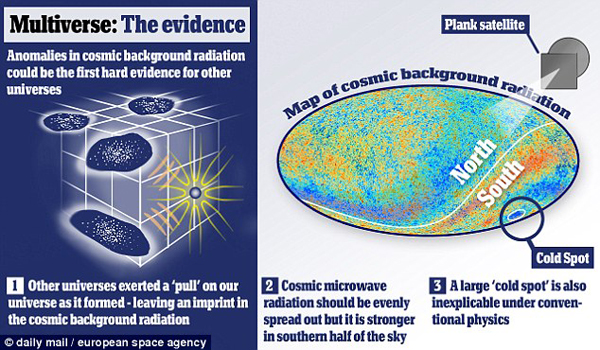 The first ‘hard evidence’ that other universes exist has been found by scientists. Cosmologists studying a map of the universe from data gathered by the Planck spacecraft have concluded that it shows anomalies that can only have been caused by the gravitational pull of other universes.