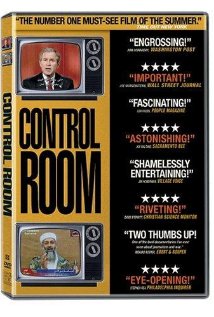 Startling and powerful, Control Room is a documentary about the Arab television network Al-Jazeera’s coverage of the U.S.-led Iraqi war, and conflicts that arose in managed perceptions of truth between that news media outlet and the American military.

Al-Jazeera’s determination to show images and report details outside the Pentagon’s carefully controlled information flow draws the wrath of American officials, who accuse it of being an al-Qaida propagandist. (The killing of an Al-Jazeera reporter in what appears to be a deliberately targeted air strike is horrifying.)

Most fascinating is the way Control Room allows well-meaning, Western-educated, pro-democratic Arabs an opportunity to express views on Iraq as they see it–in an international context, and in a way most Americans never hear about.