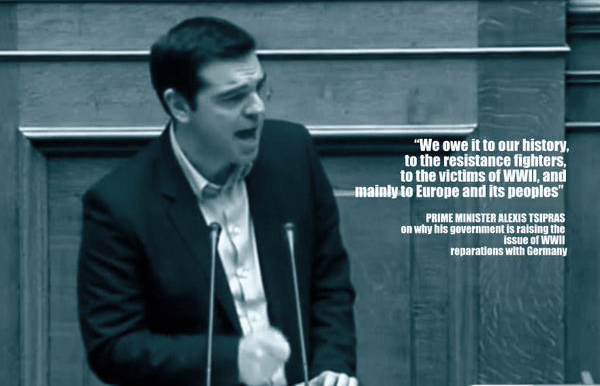 Germany once again dismissed Greek demands to pay reparations for the 1941-44 Nazi occupation of Greece.

“It is our firm belief that questions of reparations and compensation have been legally and politically resolved,” said Steffen Seibert, the spokesman for German Chancellor Angela Merkel.