The Guardian wrote that if ET would land on Earth the media had some practical advice according to the Sunday Times and numerous other media outlets that followed up the story. The story claimed the United Nations was ”poised” to appoint possibly Mazlan Othman to be the first point of contact with aliens. Now the Malaysian astrophysicist Mazlan Othman denies this.

In a public email, Dr. Othman stated: ”It sounds really cool but I have to deny it,” she said of the London Times story. Howeveer it is true she will be attending a Royal Society conference ”Towards a scientific and societal agenda on extra-terrestrial life” next week, but she’ll be talking about how the world deals with ”near-Earth objects” ie asteroids.

Other articles stated as reported by the UFO theorist Alfred L. Webre, a UN spokesperson said the story was ”nonsense” and insisted there were no current plans to appointment anyone to this role. The spokesperson said:

”The Office for Outer Space Affairs, headed by Mazlan Othman, serves as the secretariat to the United Nations Committee on the Peaceful Uses of Outer Space. It carries out activities to promote international cooperation in the peaceful uses of outer space and strengthens the use of space science and technology applications”.

However, prior to this announcement-denial of the UN ’extraterrestrial point of contact,’ Dr. Othman is reported to have said:

Whatever has been said the fact stands firmly that The Royal Institute will discuss aliens and Mazlan Othman will be in the panel.

”With a mix of invited talks and panel debates, we particularly look into the detection of life, the communication with potential extra-terrestrial civilizations, the implications for the future of humanity, and the political processes that are required.” 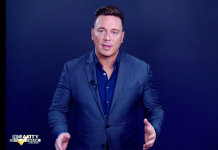