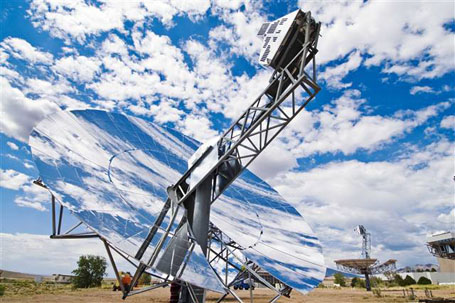 After five years of negotiations and battles, some of them environmental, two large solar power projects on Tuesday got the first-ever green lights to set up shop on federal lands. Some 28,360 sun collectors will be installed in a Southern California desert.

“These projects are milestones in our focused effort to rapidly and responsibly capture renewable energy resources on public lands,” Interior Secretary Ken Salazar said in a statement announcing the approvals in desert areas of Southern California.

One includes a square mile of solar panels near Victorville in inland Southern California, and the other covers about 10 square miles in the remote Imperial Valley, east of San Diego.

The announcement comes about five years after solar developers began asking the U.S. Bureau of Land Management for rights to develop hundreds of solar plants on federally owned desert land across the Southwest.