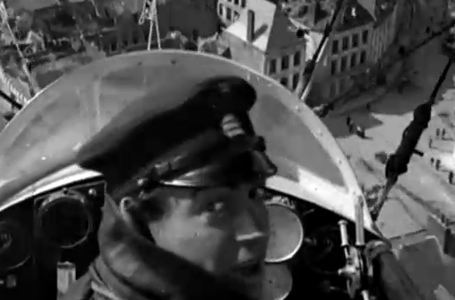 Extraordinary pictures of the aftermath of World War I, which have been hidden away for nearly a century, have been discovered in a vault in Paris.

The film is a part of a special BBC One programme that includes unique aerial photographs of the battlefield taken by British pilots. Nick Higham reports on the footage that gives an amazing insight into history. More of the footage can be seen on the BBC One programme ‘The First World War from Above’ on Sunday at 2100GMT.

Read more: The First World War From Above