In this new video release, Anonymous has called for the occupation of Bohemian Avenue and Railroad Avenue, the roads leading to the entrance of Bohemian Grove on the dawn of July 13th, 2011.

Bohemian Grove is a 2,700-acre (1,100 ha) campground located at 20601 Bohemian Avenue, in Monte Rio, California, belonging to a private San Francisco-based men’s art club known as the Bohemian Club. In mid-July each year, Bohemian Grove hosts a two-week encampment of some of the most powerful men in the world. The Bohemian Club’s all-male membership includes artists, particularly musicians, as well as many prominent business leaders, government officials (including many former U.S. presidents), senior media executives, and people of power. /Wikipedia 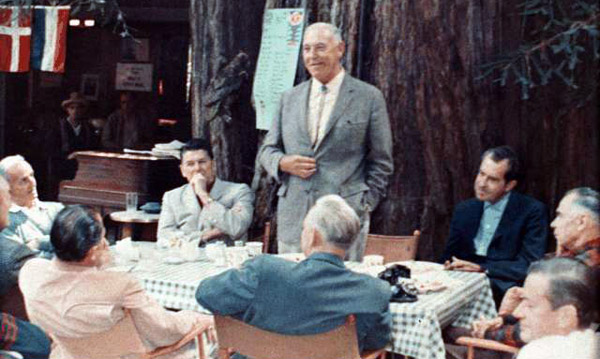