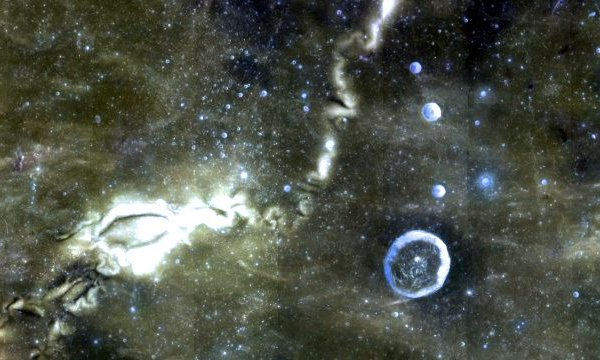 New research using a technique that measures the isotopes of lead and neodymium in lunar crustal rocks shows that the moon and Earth may be millions of years younger than originally thought.

The common estimate of the moon’s age is as old as 4.5 billion years old (roughly the same age as the solar system) as determined by mineralogy and chemical analysis of moon rocks gathered during the Apollo missions. However, Lawrence Livermore National Laboratory scientist Lars Borg and international collaborators have analyzed three isotopic systems, including the elements lead, samarium and neodymium found in ancient lunar rocks, and determined that the moon could be much younger than originally estimated. In fact, its age may be 4.36 billion years old.

The new research has implications for the age of Earth as well. The common belief is that the moon formed from a giant impact into the Earth and then solidified from an ocean of molten rock (magma).

The isotopic measurements were made by taking samples of ferroan anorthosite (FAN), a type of moon crustal rock, which is considered to represent the oldest lunar crustal rock type.

Borg said that these analyses showed that the moon likely solidified significantly later than most previous estimates or that the long-held belief that FANs are flotation cumulates of a primordial magma ocean is incorrect.

Chemical evolution of planetary bodies ranging from asteroids to large rocky planets is thought to begin with differentiation through solidification of magma oceans hundreds of kilometers in depth. The Earth’s moon is the typical example of this type of differentiation. However, one interpretation of Borg’s findings is that this may not have occurred on the moon.

“The moon is supposed to be old and have a lunar magma ocean, but our new measurements show the moon is young and did not have a magma ocean,” Borg said.

“The isotopic measurements showed that a specific FAN yields consistent ages from multiple isotopic dating techniques and strongly suggest that the ages record the time at which the rock crystallized,” Borg said. “Other studies have not been able to do this.”

Other research institutions include the University of Copenhagen, Blaise Pascal Laboratoire Magmas et Volcans in France and the Department of Terrestrial Magnetism in Washington D.C.

The research appears in the Aug. 17 online edition of the journal, Nature.

NASA scientist calls for establishment of a Moon base

China want to use Moon for military base