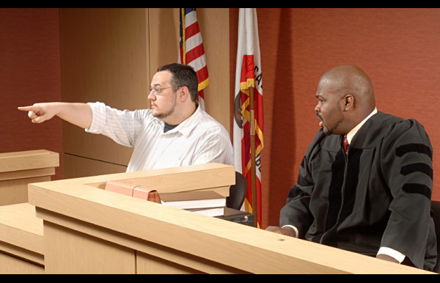 When looking at history, those who have been able to dictate truth from lies have always climbed to and stayed in power. That is the single most important factor in determining power in a society. It is also the power that has been broken by the net.

One of the advantages of doing a lot of historical research on conflicts and monopolies is that you see very strong patterns emerge, patterns that aren’t discussed in mainstream media.

One such strong pattern is that powerholders defend fiercely the capability to tell people what is truth and what are lies — to dictate which perception is correct, and which is in error.

Because, after all, there is no objective truth that we can perceive. There are many subjective perceptions of the same reality, and all these perceptions differ from one another because of previous experience, attention to certain details, perspective, and most importantly, the potential for personal gain.

Ordinarily, when confronted with this statement, we think in terms of being able to influence public opinion. But it goes much, much further than that.

If you control the public perception of reality, you need never worry about having a single law written against your interest, as the lawmakers would see your interest for the public interest if you wanted them to. The Catholic Church was in this situation before the printing press arrived.

Therefore, this particular proficiency in society is the most powerful of all. This goes like a bright red line throughout studied history.

Since the printing press, it has been true that everybody can read from a number of sources, each of which interpret reality. For various reasons, the ability to interpret reality for others — and therefore to hold the most powerful ability in existence — has not been available to everybody. Some of the reasons are pure guildery — the unwillingness of the powerholders to share power. Other reasons have to do with how power begets power: you need tremendous resources to start a TV channel, and then you can start influencing public opinion and interpreting reality to millions of people.

But for all the power struggles going on right now, there is really one small thing that has changed. One thing that has enormous consequences. Where everybody used to be able to choose from which source to be a passive receiver, each one of those everybodies has now got a voice and the ability to broadcast their perception of reality — how they, individually, interpret truth from lies.

The net is the greatest equalizer mankind has ever invented

In this hivemind of humanity where interpretations of reality mix freely and battle for recognition on their merits alone, the voice of a 9-year-old schoolgirl in Paraguay who has just received her first laptop under the One Laptop Per Child program — well, her voice carries exactly as much weight as my voice, which belongs to a middle-aged man in rich Europe.

This is so fantastic and beautiful it brings me to tears every time I write or speak about it. For 99.9% of humanity, this is an enormous gain. It is the last tenth of a percent that is a problem. The copyright industries, the security theater industries, the political industries that still believe they are entitled to tell people what is true and what is false; that they should have the right to determine our discussion topics over coffee.

This is what the netwars are about, at the end of the day. The lost ability by previous powerholders to separate truth from lies by decree, and how the previous powerholders are cracking down on civil liberties, people, and the net in a massive barrage to try to suppress the voice of everybody — all in a vain attempt to restore their former privilege as interpreters of reality.