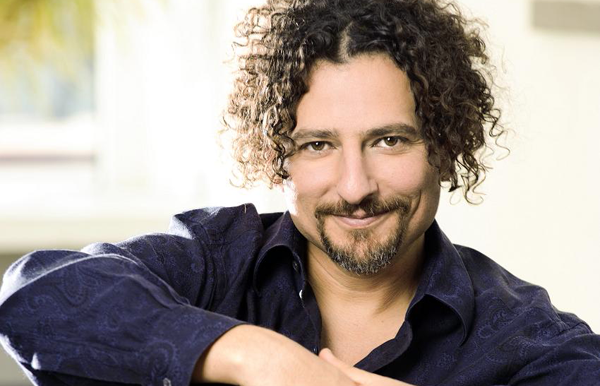 The Best Days of Wellness Yet to Come?

“Superfoods are natural foods and substances that are so heavily packed with nutrients, antioxidants, and super immunity properties that they can be taken in small amounts while providing everything that the body needs,” so says David Wolfe.

David Wolfe is a best selling author, educator and nutrition expert with 20 plus years of health, wellness and diet research and experience to his name. An American national who founded an international Longevity Now Conference in the US, Wolfe will travel to Sweden this month (October 20-21) to deliver his first ever seminars here.

“With Superfoods, we’re taking as little as possible from the earth while also taking in the highest nutritional content,” Wolfe reasons. “They can also be exceptionally tasty,” case in point being Cacao beans and Goji berries, two of David Wolfe’s favorite Superfoods, “With these foods we can maintain highs for extended periods of time with no low—that’s a big part of what it means to have the Best Day Ever.”

Wolfe has almost 19,000 passionate followers on his FaceBook fanpage, and any one of them will likely tell you that he is among their favorite and most motivational health and nutrition advocates.

To “Have the Best Day Ever” is David Wolfe’s charismatic greeting and farewell statement—may be it smacks of superficiality, may be it should be turned into an international campaign for humanity to remind us of the full potential we’re capable of. “I don’t just believe it, I live it,” says Wolfe, who insists that it doesn’t sound too perfect to be true to make diet decisions that support a constant state of high health and great feeling every day.

So what’s in store for Sweden’s health and diet enthusiasts on October 20th and October 21st?

First, a Gothenburg seminar on activating “health intelligence”, to be catered by Sweden’s own raw-live food personality, Erica Palmcrantz-Aziz and international raw cuisine chef, Shanti Allen. And then it’s on to Stockholm for one special talk on the powerful properties of a superfood diet with special emphasis on the popular and irresistible cacao bean.

Chocoholics beware, you will be entitled to swallow the evidence, with a chocolate sampling extravaganza included in the Stockholm event’s cost of entry. Wolfe has
pledged to rescue chocolate from the Hershey’s and Snickers bar processing treatment plants, which he says kill the vital nutrients contained in cacao. Wolfe also hasn’t eaten anything cooked in 17 years.

I was granted an exclusive pre-Holy Flow Tour interview with Wolfe, otherwise known as Avocado for NewsVoice, to get some answers about his points of view and his plans. The interview is divided in three parts and will be shared with NewsVoice.se segment by segment.

Watch this space in the coming days for Q and A with Wolfe and visit www.davidwolfeeurope.com for more details or to purchase tickets!

Read more about the David Wolfe tour in Scandinavia

Singer Dave Stringer And The Unifying Power of Chant

How Much Does Food Matter?

Recommendations for the particular lifestyle challenges in Europe

Shervin Boloorian: The Subconscious Power of 9/11

Recent insanities mark the need for a more soul-friendly society