The 2011 earthquake in Japan was a magnitude 9.0 undersea megathrust earthquake off the coast of Japan that occurred on Friday, 11 March 2011. It was the most powerful known earthquake ever to hit Japan, and one of the five most powerful earthquakes in the world overall since 1900.

The earthquake triggered powerful tsunami waves, which reached heights of up to 40.5 metres in Miyako in T?hoku’s Iwate Prefecture, and which in the Sendai area travelled up to 10 km inland.

The tsunami caused a number of nuclear accidents, primarily the ongoing level 7 meltdowns at three reactors in the Fukushima I Nuclear Power Plant complex, and the associated evacuation zones affecting hundreds of thousands of residents.

“In the 65 years after the end of World War II, this is the toughest and the most difficult crisis for Japan.”

The Japanese National Police Agency confirmed 15,842 deaths, 5,890 injured, and 3,485 people missing across eighteen prefectures, as well as over 125,000 buildings damaged or destroyed. Around 4.4 million households in northeastern Japan were left without electricity and 1.5 million without water. 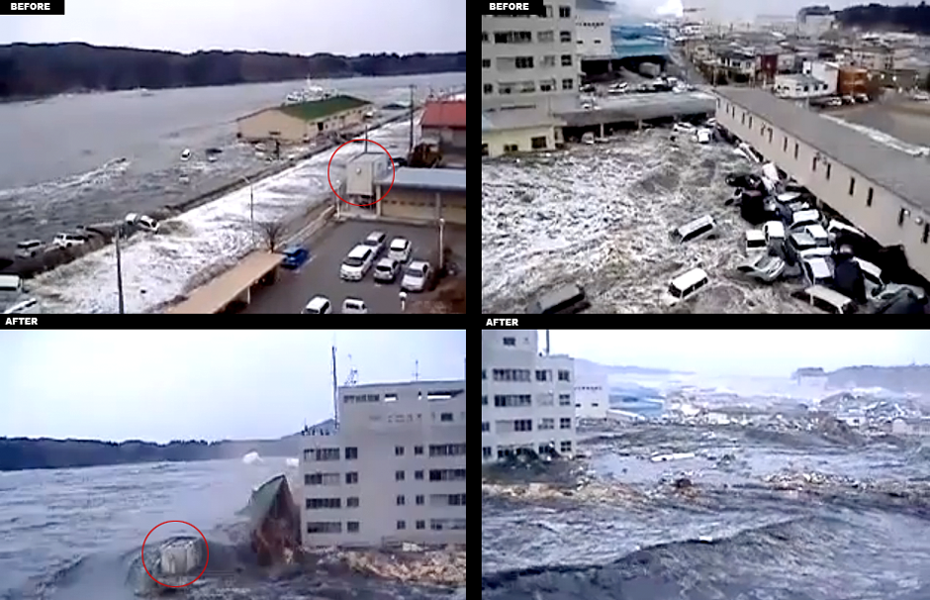