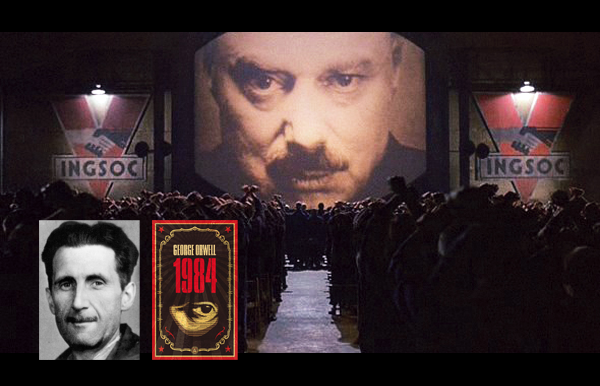 As we enter 2012, it becomes increasingly clear that Orwell was an optimist. As darkly as he painted the possible future, we are now much worse off.

Text: with permission by Rick Falkvinge

When Orwell painted his dystopic future (which is out of copyright in Australia), perhaps this paragraph summarizes the dystopian society most of all:

“The telescreen received and transmitted simultaneously. Any sound that Winston made, above the level of a very low whisper, would be picked up by it, moreover, so long as he remained within the field of vision which the metal plaque commanded, he could be seen as well as heard. There was of course no way of knowing whether you were being watched at any given moment. How often, or on what system, the Thought Police plugged in on any individual wire was guesswork. It was even conceivable that they watched everybody all the time. But at any rate they could plug in your wire whenever they wanted to. You had to live – did live, from habit that became instinct – in the assumption that every sound you made was overheard, and, except in darkness, every movement scrutinized.”

This was perceived as dystopic to the brink of unbelievability at the time. 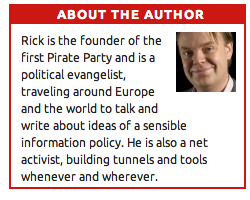 In the book 1984, the government is able to watch three things. What we say out loud, who we meet in our homes, and what we do in our own home. They are only able to observe this as it happens; if they missed it, you are safe, but there was no way to tell if they missed it.

Today, we have arrived at a point where the Western “free” governments can monitor:

In addition, they can record, index, and store all of this indefinitely, to come back at youdecades after the fact and question your character when the political context has changed dramatically.

Orwell was an optimist.

This is why we must keep fighting for civil liberties.

Carl Bildt: Total surveillance doesn’t harm freedom of speech, because it is covert

Rick Falkvinge: EEA to Revoke US Citizenship Without Due Process

His name was Eric Arthur Blair