Having taken on board the various responses, from indignant and scathing that I would think this was “news” to those who say their minds are blown, I called one of the most truth-worthy people I know, Dr. David Rasnick, in Berkeley, California, yesterday. We spoke for a long time about it.

By Celia Farber, The Truth Barrier | With permission to republish | Pic: TIME cover from 1985

“One view holds that this is not new, or old news, and that I can’t grasp a thing correctly,” I said. “But my gut tells me this is significant. To use their word.” 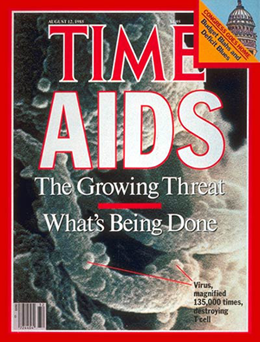 “Oh I absolutely agree with you,” he said. “If this is such old news, how come no media covered it, and how come neither you nor I heard it before, and we watch AIDS news very carefully.”

“Well, I miss things, certainly. But if I missed this, so did everybody else. I don’t want to overstate the case. It seems to me the US Government has admitted that HIV infection is not infectious.”

Then again, we think this way–we have minds that think the US Government has been very confusing, and very wrong, about HIV and AIDS, to put it mildly. This is what one of our readers calls my “ilk,” and I am proud of this, this “ilk.”

I asked Dr. Rasnick agreed to write a one page response, summing up a few facts.

20 Minutes ago he sent this note:

Dear Celia: Attached is my one-page reflection of the CDC’s recent reversal.

Dr. Rasnick worked 20 years in the pharmaceutical/biotech industry on cancer, emphysema, arthritis, and parasitic diseases and studied AIDS for three decades. He has spent the past 15 years working with Peter Duesberg on the chromosomal imbalance theory of cancer. His book The Chromosomal Imbalance Theory of Cancer was published this past December.

Wednesday, March 12, I checked the Alberta Reappraising AIDS Society’s website, linking to The Truth Barrier, and clicked on the link: CDC admits that HIV infection is “not a communicable disease that is of significant public health risk”. I was sure I couldn’t have read that right. This is a big story.

During the past quarter century, the CDC, the National Institute of Allergy and Infectious Disease, the Department of Health and Human Services, the World Health Organization, the New York Times, Oprah Winfry and, more recently, Bill Gates have been telling us HIV is the most deadly sexually transmitted plague of all time. From the beginning of the epidemic, an incredibly massive propaganda campaign has enveloped the globe, pounding into our psyches AIDS (nowadays HIV disease) is sexually transmitted, incurable and results in 100% mortality from a dictionary full of diseases. My first reaction was what made the CDC reverse course so profoundly—and why now? Second, why wasn’t this headline news?

I particularly remember the International AIDS Conference held in San Francisco in 1990. It was at that conference the discoverer of HIV, and later Nobel Laureate, Luc Montagnier said HIV by itself could not cause AIDS. But more important for this story, that same year was the last time the US hosted the AIDS conference. The organizers refused to hold future conferences in the USA because the government had revised its Code of Federal Regulations to restrict HIV positive people from entering the country. That was the law until January 4, 2010.

I downloaded the specific regulation (42 CFR, Part 34) to see what it said. Prior to 2010, the CDC listed the following eight “communicable disease[s] of public health significance,” which barred entry to the USA.

According to the CDC, six of the eight diseases are sexually transmitted. In its Progress Report 2011: Global HIV/AIDS Response, the WHO claims 34 million people were infected with HIV. Since HIV is the only communicable, sexually transmitted disease the US government claims is incurable and inevitably fatal, why did the CDC remove if from the list?

Having studied AIDS for three decades, I’m certain the quiet removal of HIV as a “significant public health risk” was done for political rather than medical and scientific reasons. The CDC said it was “taking this action to reflect current scientific knowledge and public health best practices, and to reduce stigmatization of people who are HIV-infected.” However, scientifically, it’s been known since at least the mid 1990s that HIV infection is not a communicable disease that is of significant public health risk. For example, the 1997 results of Nancy Padian’s 10-year study—acknowledged to be the best designed and conducted of its kind—failed to observe even one case of sexual transmission of HIV. So, we’re left with these possibilities: Either 1) HIV was never sexually transmissible, which raises a myriad of questions, especially about Africa, 2) the over 400,000 distinct varieties of presumed sexually transmissible HIV suddenly mutated to non-transmissible forms, à la The Andromeda Strain, or 3) the fundamental claims about HIV are wrong.

One thing is clear. The CDC’s recent reversal demonstrates former South African President Thabo Mbeki was well justified in 2000 to question the apocalyptic assertions about HIV. 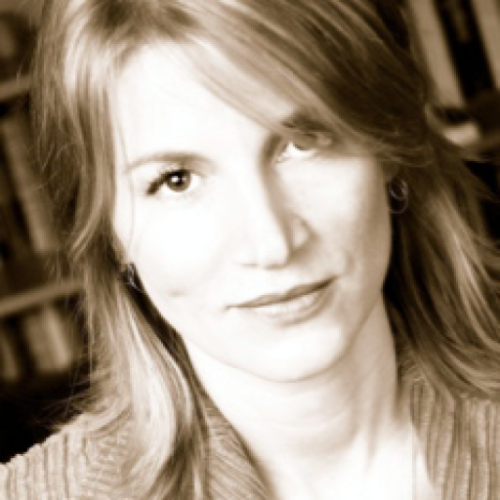