Neal Adams has put forth a theory he terms the “Growing Earth Theory” credited Samuel Warren Carey. The model has been rejected following the recognition of plate tectonics but Adams rejects tectonics, particularly the theory of subduction, which he says has only been shown to exist in one place on earth and that geologists have grabbed onto it to make their model work.

Instead he claims that Earth is not merely expanding by increasing its volume, but rather growing by manufacturing new atomic mass in its core.

This video is a Neal Adams animation about his theory that the Earth is expanding. This collides with the Pangea theory. 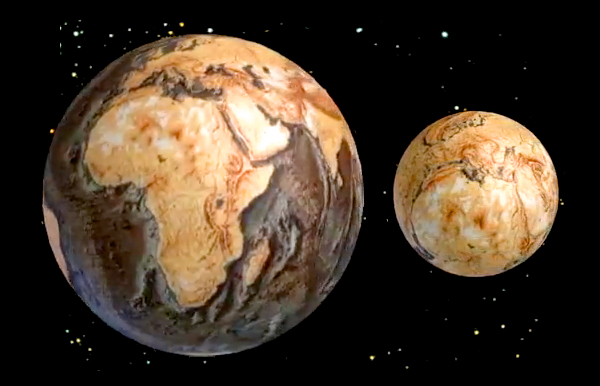