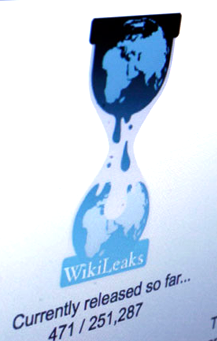 US Gov. Ceases HIV Testing Visa Applicants and Calls HIV infection “Not A Communicable Disease That Is Of Significant Public Health Risk.”

Truth Barrier Editor Celia Farber will be discussing the significance of this cable with a panel of guests on her new show “Radio Free Science, ” on PRN (ProgressiveRadioNetwork.com) on Friday March 16, 3 pm EST. Please tune in.

EXTRACT
The final rule amends Title 42 of the Code of Federal Regulations (CFR), Part 34, by removing HIV infection from the definition of communicable disease of public health significance and by removing references to HIV from the scope of medical examinations for aliens. The final rule goes into effect on January 4, 2010. As of this date, HIV infection will no longer be an inadmissible condition, and HIV testing will no longer be required for medical examinations for visa purposes. Further, applicants who are HIV-positive will no longer require waiver processing by the Department of Homeland Security (DHS).

AA: Due to a lack of Swedish letters on my keyboard, I will address your question in English, but you can feel free to reply, if you reply, in Swedish. I just can’t post in Swedish. In any case: The transmissibility of “HIV” (various sets of proteins that differ from country to country, and even within countries) is a matter of enormous concern. EITHER the original model, which held for 26 years (1984-2010) that “the AIDS virus” spreads “like wildfire,” that it was “exploding,” that having unsafe sex was like playing “Russian Roulette” that the entire US population could be wiped out, and possibly that we could lose more people than we even have (I will provide quotations, citations, in a follw up post)–either this MESSAGE was rooted in sound science and epidemiology or it was not. Either it was true then, and it true now, or it was not true then, and is not true now. Either it is true for Americans and Europeans, as well as the rest of the world, or it is not true for anybody. I want to ask you this: 1. Was there ever evidence, at any time, that the syndrome we call AIDS was infectious as opposed to acquired? If so what is it, apart from propaganda? If you have read the Padian study and man other sources, you will know that it has been clear for decades that HIV positive people, even in the case of Padian, watched over a period of 10 years, do not “transmit” HIV to their sexual partners, with or without condoms, any which way you turn it. Where there is more sex (sex workers, the porn industry, rock industry, Hollywood, etc) there is NOT more “HIV,” which is a construct and so must be left in quotation marks. HIV can not be traced via routes of sex. This has always been the case. (See: Robert Root Bernstein, “Rethinking AIDS,” Peter Duesberg, “Inventing The AIDS Virus,” “AIDS, Opium, Diamonds and Empire,” Nancy Turner Banks, “Serious Adverse Events: An Uncensored History of AIDS,” Celia Farber, and others.) For many years the government/AIDS propaganda machine and media moved the scare spotlight to a place we could not easily know about: Africa. “It IS spreading like wildfire in Africa,” we were told, over and over.” In my book are two articles/chapters written from a reporting trip I took from west to… Read more »