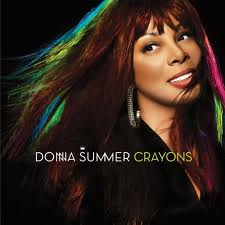 “Donna Summer, the Queen of Disco, died this morning after a battle with cancer. Donna Summer died from lung cancer and now the loss spreads across the music world. Several sources told  TZM Donna Summer contracted cancer by inhaling toxic particles after the WTC-911 attack in New York City.”

LaDonna Adrian Gaines (31 December, 1948 – 17 May, 2012) was an American singer and songwriter who gained prominence during the disco era of the 1970s. She had a mezzo-soprano vocal range, and was a five-time Grammy Award winner. Summer was the first artist to have three consecutive double albums reach number one on the US Billboard chart, and she also charted four number-one singles in the United States within a thirteen-month period. Source: Wikipedia

Shocking! Very sad to hear. I will dig up my old records with her and spinning away in a celebration dance for her life in this physical world, while also wishing her a beautiful journey in the afterlife.
My thoughts goes to her family and friends.
But you know, she may have left this physical world for another reality but we can still play and dance to her music!