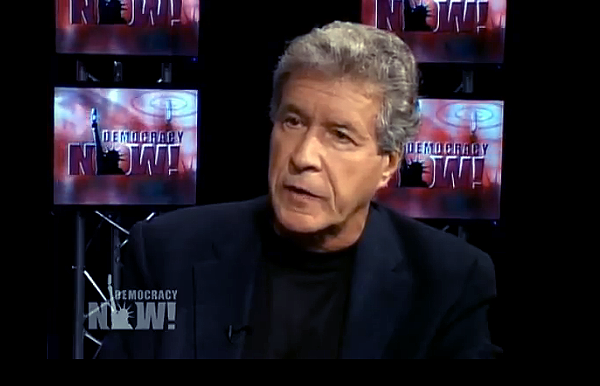 John Perkins is in Cuenca Ecuador an ancient bastion of the Incan Empire and colonial jewel of Spanish America. Here in the High Andes and in the Amazon rain forests that lie at their feet is where his journey of life really took off for him, once a young Peace Corps volunteer, in the late 1960s.

During this week, I’ve talked with many different people here: an Ecuadorian MD and his three adult children – two of them MDs – two women from the U.S. who moved here to find “a more balanced place to live,” local waiters, taxi drivers, people on the street. . . this country reinvigorates me today, just as it did all those years ago.

When I came to Ecuador in 1968 I was angry about the Vietnam War and the police brutality in the U.S. and deeply saddened by the assassinations of John and Robert Kennedy and Martin Luther King, Jr.

Living among the Quechua of the Andes and Shuar of the Amazon, I learned that “the world is as you dream it.” They said that the war, assassinations, and the brutality were the results of our greedy, materialistic, and exploitative dreams. We had given energy to a world-view that was threatening to destroy us. But, they continued, we could solve our problems. All we had to do was envision and energize a new dream.

Now, standing in Cuenca’s main plaza, looking at the cathedral, as I did so many times back then, I know that our crises are greater today than ever before. Global climate change, declining resources, species extinctions, economic and political collapse, violence — the list of negatives is almost endless. Yet, I also feel a greater sense of hope.

For the first time in history we are communicating with each other around the planet, instantaneously. People are waking up. In Europe, Latin America, the Middle East, Africa, Asia, and the U.S. we speak out and demonstrate – not just against a war or racial inequality but against the corrupt system that fostered them which in recent years has catapulted exploitation to new levels. We are forging a new dream and we are taking action to energize it.

In a few days I retrace the steps I took nearly five decades ago and journey deep into the Amazon. With one huge difference. I will not be a lonely Peace Corps volunteer. Instead, I will be joined by 30 people who are dedicated to creating a new dream – on one of the many trips of The Pachamama Alliance. TPA’s Awakening the Dreamer program now has more than 6,000 facilitators in 70 countries.

People around the globe are determined to take back the reins.

Back in the U.S. in a couple of weeks, I’ll facilitate two workshops at the Omega Institute in upstate N.Y They are indicative of the steps that so many of us are taking to create a sustainable, just, peaceful, and thriving world.

In these dark times of crises, there are many rays of hope. When we give energy to hope we offer ourselves and future generations the greatest gift possible. I’m looking forward to seeing many of you at Omega. Together we will shapeshift thee dream and create a better world.

John Perkins is an expert on shamanism and shapeshifting, a founder and board member of Dream Change and The Pachamama Alliance, two nonprofit organizations. Perkins has studied with indigenous prophets and shamans and taught at universities and learning centers on four continents.

Perkins was a graduate of Boston University’s School of Business Administration, he served in the Peace Corps in the late 1960s and as US Representative to the UN’s International Atomic Energy Agency in the 1970s. He also served as chief economist at international consultant working directly with heads of state and CEOs of many Fortune 500 corporations. He has advised the World Bank, the UN,  and countries in Africa, Asia, Latin America and Middle East.

John Perkins has been featured on ABC Television and the A&E and History networks, and in many publications. He is author of several books on shamanism. His books on economics and geo-politics have sold more than 1 million copies and are published in over 30 languages.

John Perkins: Aruba is taking a leadership role down the path of the Life Economy