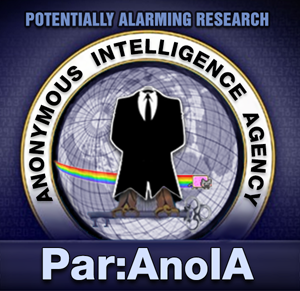 The Anonymous Hacker Network Launches its Own WikiLeaks

Frustrated by the lack of impact from Anonymous’ otherwise famous hacks and data dumps, and the slow pace of information coming out of WikiLeaks, the Anonymous launched a WikiLeaks-like site called Par:AnoIA abbreviated from: Potentially Alarming Research: ANOnymous Intelligence.

Paranoia don’t gather the data; like WikiLeaks. Paranoia take submissions, but from the Anonymous community. The project was created as a response to a year of Anonymous releases where the announcement of document dumps generated plenty of media, but the documents’ content got little coverage.

“The reason no one cares about these leaks, as a general rule of thumb, is that they can’t do anything with [them],” said a Paranoia anon volunteering on document processing for the project in an online chat with Wired. “Basically, [we’re] making it accessible to anyone that wants to do something with it, in a proper usable format.”