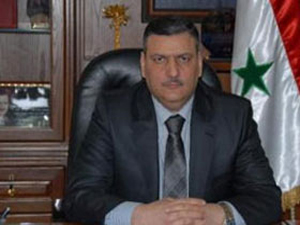 His spokesman Mohammed el-Etri told al-Jazeera TV that he was in “a safe location”.

“I address you today at this grave hour where the country is living under the brunt of genocide and barbarian brutal killing against unarmed people who are simply demanding freedom and a dignified life, ” ran Mr Hijab’s statement read by his spokesman.

Inskickat via mail till NewsVoice: