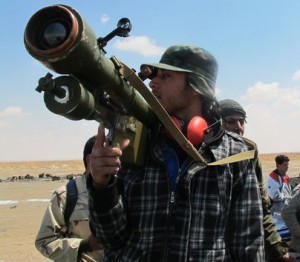 Turkey has sent a first batch of anti-air, shoulder-carried Stinger missiles to Syrian rebels in Aleppo. It is feared Bashar Assad may regard this as a game-changer in the war and hit back with chemical attacks on the rebels, Turkey, Israel and Jordan.

“Hillary Clinton announced in Istanbul Saturday, Aug. 11, that US and Turkish intelligence services and military were to set up a joint working team to plan for many contingencies including the very horrible scenario of the use of chemical weapons.”

Turkey manufactures the Stingers under American license and is obliged by contract to obtain US permission for their transfer to a third party. It was granted by Washington on the quiet. This made it possible for Ankara to supply the rebel Syrian Free Army with the weapon needed to shoot down government assault helicopters, while the Obama administration continued to assert that America was providing the revolt with nothing more than “nonlethal assistance.”

Andre Vltchek: Israel has attacked Lebanon and Syria again – So what?

US Destroying Syria’s Oil Infrastructure Under Guise of Fighting ISIS

Poll: Americans have negative view of Obama on Syria, Iran

Syria – Is Assad being set up?