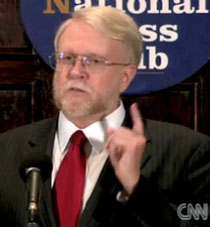 While the American viewing audience is talked down to with shows like “Chasing [UAP]s, ” apparently [UAP] documentary-making is hitting an all-time low, according to UAP-Nukes expert Robert Hastings in an editorial released August 21, 2012.

Commenting on a National Geographic network documentary where skeptic Robert Sheaffer goes after [UAP] reports, Hastings comments, “At what point does the systematic presentation of half-truths and outright falsehoods about the [UAP] phenomenon cross the line from incompetent scholarship to intentional disinformation?”

Hastings even wonders if the network might be working with the CIA.

USAF Col. Charles Holt was interviewed as part of “Secret History of [UAP]s,” and feels that the show did not accurately report his involvement with the now famous Rendlesham Forest incidents of December 1980.

“I gave them many more details to substantiate the [reality of a UAP] event,” Halt said. “They ignored all of this and instead focused on several questionable skeptics.”