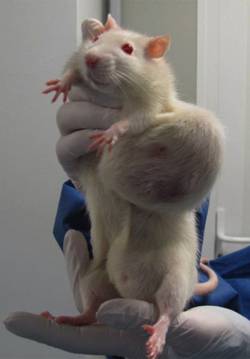 Russia’s consumer protection group, Rospotrebnadzor, said it was halting all imports of GM corn while the country’s Institute of Nutrition will be evaluating the results of the study.

The Russian ban is the latest blow to Monsanto, a company desperately clinging to the myth that its genetically modified crops are “no different” than traditional crops and therefore long-term safety testing is completely unnecessary. Monsanto has assaulted the French study, claiming it did not use enough rats and that the duration of the study was too short — an absurd claim, given that Monsanto’s own studies on animals are only 90 days in duration, while the French study looked at the effects of rats eating GM corn (and drinking trace levels of Roundup herbicide) for two years.