“Israeli Prime Minister Benjamin Netanyahu and Iranian President Mahmoud Ahmadinejad both delivered two of the most controversial speeches at the latest session of the United Nations General Assembly. And while the Israeli’s speech was aired in full on CNN, the Iranian’s address has been ruthlessly cut and the viewers have missed some very important points. What are the ramifications of this kind of selective reporting?”

“RT’s Liz Wahl is joined by Amber Lyon, a three-time Emmy award winning journalist who suggests that sensationalism, hype and downright propaganda is being used to push America into a war with Iran.” – RT America: 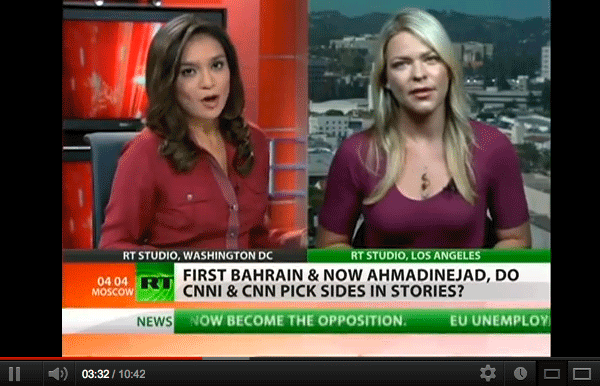 Hillary Clinton: “We will use all elements of American power to prevent Iran developing a nuclear weapon”