Mellen-Thomas Benedict was interviewed on July 8th, 2007 by George Noory on Coast to Coast AM, USA. Benedict shared details of his incredible Near Death Experience (NDE) that took place in 1982, while he was in hospice care for a terminal illness. He showed no vital signs for an hour and a half before he returned to his body.

Here are some of highlights of what he learned: 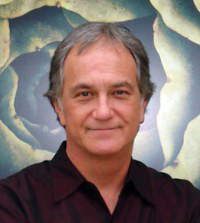 “The Other Side is not all it’s cracked up to be–being in a human body is actually a more optimal way to experience the universe. Black holes at the center of galaxies function as great processors of universal matter– a total recycling machine. It’s humanity’s manifest destiny to leave Earth and colonize other planets. Within the next 400 years such star seeding will begin”, Benedict says.

Famous Cardiac Surgeon’s Stories of Near Death Experiences in Surgery

Movie: ”Hereafter”, In search of the After Life, Matt Damon