DULY NOTED. Controversial Social Activist and Filmmaker Peter Joseph, creator of the world-renowned “Zeitgeist Film Series, ” which has been translated into over 40 languages; screened in over 150 countries and seen in total by an estimated 300 Million people. Peter Joseph will in 2013  launch a brand new film set titled: “InterReflections.”

Peter Joseph has turned his back on the Hollywood, profit-isolated distribution format and works to make all his expressions available for free on the Internet, coupled with free DVD/Blu-Ray torrent downloads. 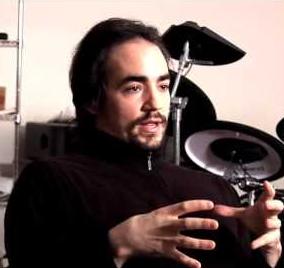 “Everything I create is freely available not only for viewing and downloading so people can create their own DVDs without purchase, I also allow open distribution for non-profit means outright. I have a deep dislike for the income system and even though survival in the world today requires income, I choose to give the audience the option of support if they care to,” says Joseph.

“As a filmmaker, I have changed my view regarding what really inspires people and I feel the ‘abstract arts,’ if you will, rather than mere cold academia, hold a powerful place in changing people. We can tell people technical data all day long and some will absorb it… but the arts have a mysterious way of sneaking behind people’s values and planting seeds for new ideas. Apart from the feature film series and my online satire expression: ‘Culture in Decline,’ I also curate an annual media festival in Los Angeles – The Zeitgeist Media Festival – which is based upon similar issues. I try to walk the line between art and intellect, academia and poetry. Balance is key.”

Great ideas: Who is Peter Joseph, the founder of the Zeitgeist movement?