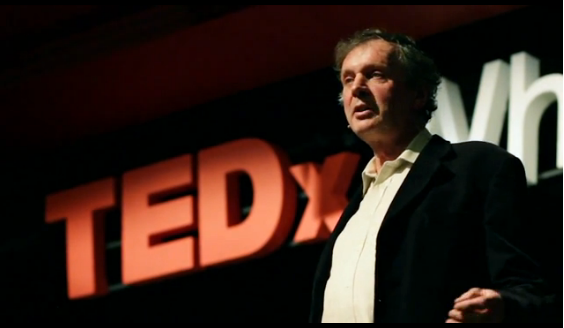 I would like to respond to TED’s claims that my TEDx talk “crossed the line into pseudoscience”, contains ”serious factual errors” and makes “many misleading statements.”

This discussion is taking place because the militant atheist bloggers Jerry Coyne and P.Z. Myers denounced me, and attacked TED for giving my talk a platform. I was invited to give my talk as part of a TEDx event in Whitechapel, London, called “Challenging Existing Paradigms.” That’s where the problem lies: my talk explicitly challenges the materialist belief system. It summarized some of the main themes of my recent book Science Set Free (in the UK called The Science Delusion). Unfortunately, the TED administrators have publically aligned themselves with the old paradigm of materialism, which has dominated science since the late nineteenth century.

TED say they removed my talk from their website on the advice of their Scientific Board, who also condemned Graham Hancock’s talk. Hancock and I are now facing anonymous accusations made by a body on whose authority TED relies, on whose advice they act, and behind whom they shelter, but whose names they have not revealed.

I characterized the materialist dogma as follows: “Matter is unconscious: the whole universe is made up of unconscious matter. There’s no consciousness in stars in galaxies, in planets, in animals, in plants and there ought not to be any in us either, if this theory’s true. So a lot of the philosophy of mind over the last 100 years has been trying to prove that we are not really conscious at all.” Certainly some biologists, including myself, accept that animals are conscious. In August, 2012, a group of scientists came out with an endorsement of animal consciousness in “The Cambridge Declaration on Consciousness”. As Discovery News reported, “While it might not sound like much for scientists to declare that many nonhuman animals possess conscious states, it’s the open acknowledgement that’s the big news here.”

But materialist philosophers and scientists are still in the majority, and they argue that consciousness does nothing – it is either an illusion or an ”epiphenomenon” of brain activity. It might as well not exist in animals – or even in humans. That is why in the philosophy of mind, the very existence of consciousness is often called “the hard problem”.

“He also argues that scientists have ignored variations in the measurements of natural constants, using as his primary example the dogmatic assumption that a constant must be constant and uses the speed of light as example.… Physicist Sean Carroll wrote a careful rebuttal of this point.”

TED’s Scientific Board refers to a Scientific American article that makes my point very clearly: “Physicists routinely assume that quantities such as the speed of light are constant.”

In my talk I said that the published values of the speed of light dropped by about 20 km/sec between 1928 and 1945. Carroll’s “careful rebuttal” consisted of a table copied from Wikipedia showing the speed of light at different dates, with a gap between 1926 and 1950, omitting the very period I referred to. His other reference (http://micro.magnet.fsu.edu/primer/lightandcolor/speedoflight.html) does indeed give two values for the speed of light in this period, in 1928 and 1932-35, and sure enough, they were 20 and 24km/sec lower than the previous value, and 14 and 18 km/sec lower than the value from 1947 onwards.

In my talk I suggest how a re-examination of existing data could resolve whether large continuing variations in the Universal Gravitational Constant, G, are merely errors, as usually assumed, or whether they show correlations between different labs that might have important scientific implications hitherto ignored. Jerry Coyne and TED’s Scientific Board regard this as an exercise in pseudoscience. I think their attitude reveals a remarkable lack of curiosity.

“Sheldrake claims to have “evidence” of morphic resonance in crystal formation and rat behavior. The research has never appeared in a peer-reviewed journal, despite attempts by other scientists eager to replicate the work.”

I said, “There is in fact good evidence that new compounds get easier to crystallize all around the world.” For example, turanose, a kind of sugar, was considered to be a liquid for decades, until it first crystallized in the 1920s. Thereafter it formed crystals everyehere. (Woodard and McCrone Journal of Applied Crystallography (1975). 8, 342). The American chemist C. P. Saylor, remarked it was as though “the seeds of crystallization, as dust, were carried upon the winds from end to end of the earth” (quoted by Woodard and McCrone).

The research on rat behavior I referred to was carried out at Harvard and the Universities of Melbourne and Edinburgh and was published in peer-reviewed journals, including the British Journal of Psychology and the Journal of Experimental Biology. For a fuller account and detailed references see Chapter 11 of my book Morphic Resonance (in the US) / A New Science of Life (in the UK). The relevant passage is online here: sciencesetfree.tumblr.com

This is a good opportunity to correct an oversimplification in my talk. In relation to the dogma that mechanistic medicine is the only kind that really works, I said, “that’s why governments only fund mechanistic medicine and ignore complementary and alternative therapies.” This is true of most governments, but the US is a notable exception. The US National Center for Complementary and Alternative Medicine receives about $130 million a year, about 0.4% of the National Institutes of Health (NIH) total annual budget of $31 billion.

Obviously I could not spell out all the details of my arguments in an 18-minute talk, but TED’s claims that it contains “serious factual errors,” “many misleading statements” and that it crosses the line into “pseudoscience” are defamatory and false.

“The Science Delusion” a Banned TED Talk by Rupert Sheldrake