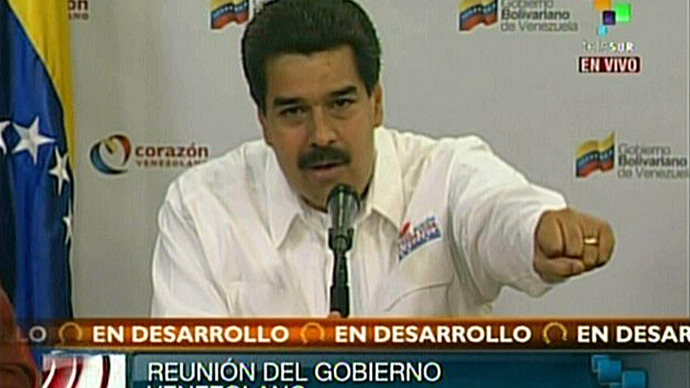 RUSSIA TODAY. Vice President Nicolas Maduro said President Hugo Chavez’s enemies had poisoned him with cancer before announcing that two US Air Force officials would be expelled from the country for spying on the military and plotting to destabilize the country.

Maduro identified one American as the Air Force attaché and said he had 24 hours to leave the country.

“We are aware of the allegations made by Venezuelan Vice President Maduro over state-run television in Caracas, and can confirm that our Air Attache, Col. David Delmonico, is en route back to the United States,” spokesman Lieutenant Colonel Todd Breasseale said in a statement.

Foreign Minister Elias Jaua later announced that two Air Force officials in total had been named “persona non grata” and were being kicked out of  Venezuela, AFP reports.