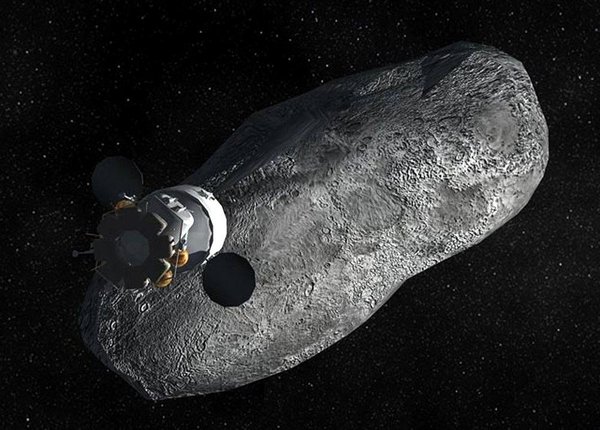 In this artist’s conception an Orion exploration vehicle approaches a near-Earth asteroid.

MSNBC. NASA’s vision focuses on a near-Earth asteroid, sending out astronauts to bring back samples within a decade, a senior Obama administration official told NBC News.

The asteroid retrieval mission was set out last year by a study group at the Keck Institute for Space Studies. NASA’s revised scenario would launch a robotic probe toward a 500-ton asteroid in around 2017. The probe would capture the space rock in a “bag” in 2019, and then pull it to a stable orbit near the moon, using a next-generation solar electric propulsion system. That would reduce the travel time for asteroid-bound astronauts from months to days.