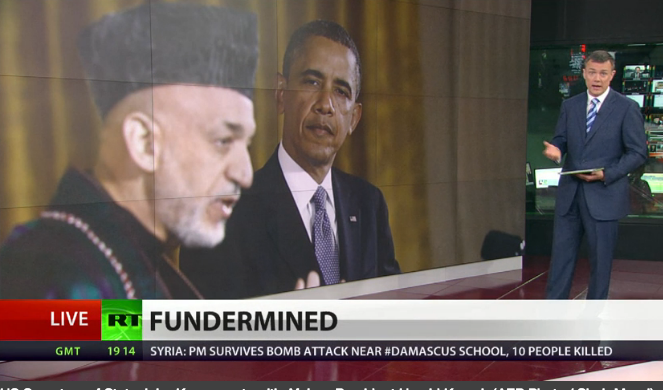 Top Afghan officials have been on the CIA’s payroll for over a decade, receiving tens of millions of US dollars in cash. Afghan President Hamid Karzai admitted to receiving the clandestine financial support, but dismissed the sum as a “small amount.”

A New York Times report has revealed that unparalleled corruption in the Afghan government has been encouraged by the US Central Intelligence Agency. Since the start of the decade-long war, CIA agents have delivered cash to Afghan officials in “suitcases, backpacks and, on occasion, plastic shopping bags.”

“We called it ‘ghost money,’” said Khalil Roman, President Hamid Karzai’s former chief of staff from 2002 to 2005, adding that it “came in secret, and it left in secret.” There is no evidence that President Karzai was a recipient of any of the money, as Afghan officials claim the cash was distributed by president’s National Security Council, the report said.