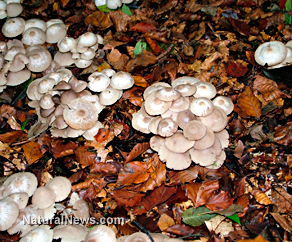 NATURAL NEWS. The maitake, also known in English-speaking countries as the hen-of-the-woods, is a large, earthy-brown mushroom that grows at the base of trees, especially oaks. It is native to northeastern Japan and certain parts of North America, and is one of Japan’s major culinary mushrooms.

It is equally popular in China, where it has been used in traditional medicine for centuries due to its alleged healing properties.

Ongoing research with human cancer patients has shown that a specific portion of the maitake mushroom, called the ‘MD-fraction,’ can inhibit tumor growth. Maitake also enhance the activity of cells, thereby increasing the production of interleukins (immune cells) that are know to prevent cancer growth and can even improve the effects of chemotherapy.