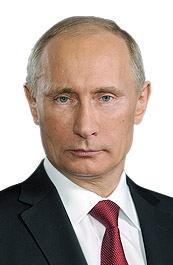 The shocking minutes relating to President Putin’s meeting this past week with US Secretary of State John Kerry reveal the Russian leaders “extreme outrage” over the Obama regimes continued protection of global seed and plant bio-genetic giants Syngenta and Monsanto in the face of a growing “bee apocalypse” that the Kremlin warns “will most certainly” lead to world war.

“Putin was so incensed over the Obama regimes refusal to discuss this grave matter that he refused for three hours to even meet with Kerry, who had traveled to Moscow on a scheduled diplomatic mission, but then relented so as to not cause an even greater rift between these two nations.”

“At the center of this dispute between Russia and the US, this MNRE report says, is the “undisputed evidence” that a class of neuro-active insecticides chemically related to nicotine, known as neonicotinoids, are destroying our planets bee population, and which if left unchecked could destroy our world’s ability to grow enough food to feed its population.”