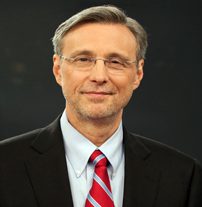 It’s high time the US should dissolve [upplösa] the Department of Homeland Security and repeal [upphäva] the patriot Act. It’s the path to national sanity because as Jefferson’s fellow founder, Benjamin Franklin said, “those who sacrifice liberty for security deserve neither”. The surveillance state is even bigger, and scarier, than we thought, Thom-Hartmann writes.

It’s time that we broke up the failed national security experiment known as the Department of Homeland Security. Returning to dozens of independent agencies will return internal checks-and-balances to within the Executive branch, and actually make us both safer and less likely to be the victims of government snooping overreach.

Thom Hartmann is an author and nationally syndicated daily talk show host. His newest book is The Thom Hartmann Reader.