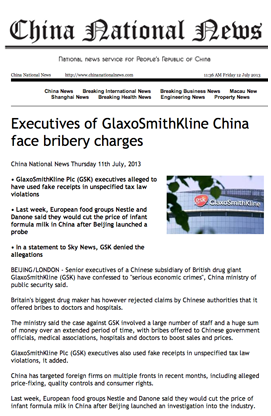 “The ministry said the case against GSK involved a large number of staff and a huge sum of money over an extended period of time, with bribes offered to Chinese government officials, medical associations, hospitals and doctors to boost sales and prices.”