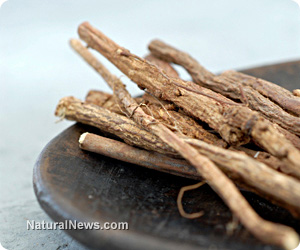 What chemo- and radiation therapy take out of cancer patients, one simple compound – ginseng – puts back in, according to the results of a new study which extols further benefits of this root.

Scientists, who published their findings in the Journal of the National Cancer Institute, said they found that cancer patients and survivors who felt fatigued or sluggish from treatments said they felt noticeably better following two months’ worth of supplementation with ginseng.

“Nearly all patients with cancer can suffer from fatigue at some point; either at diagnosis, during treatment and even after treatment, and (fatigue) can linger for several years,” lead author Debra Barton, from the Mayo Clinic in Rochester, Minn., said.