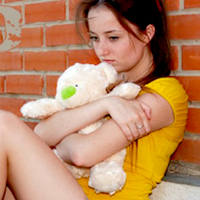 One girl’s ovaries were destroyed, with Gardasil the only potential cause. Worse, though, is that Merck either didn’t bother to examine potential effects on ovaries or hid them—but did examine effects on testes, Thelibertybeacon.com, writes.

“The BMJ has published the case report of a healthy 16-year-old Australian girl whose womanhood appears to have been stolen by Gardasil vaccinations. She has been thrust into full-fledged menopause, her ovaries irrevocably shut down, before becoming a woman. The authors, Deirdre Therese Little and Harvey Rodrick Grenville Ward1, draw direct attention to the fact that, though the girl has been thoroughly examined and tested, there is no known explanation other than the series of three Gardasil vaccinations she had.”