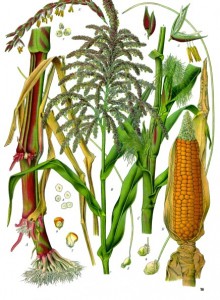 With symptoms including headaches, nausea, rashes, and fatigue, Caitlin Shetterly visited doctor after doctor searching for a cure for what ailed her. What she found, after years of misery and bafflement, was as unlikely as it was utterly common. Corn.

“While I quickly discovered that blaming GMO foods for any kind of health problem is controversial in the medical and biotech worlds, what’s beyond debate is the increase in the incidence of autoimmune disorders such as type 1 diabetes, lupus, and celiac disease, as well as of allergies. As for the latter, the National Health Interview Survey found, for instance, that since 1999, the number of children with food allergies has jumped by 50 percent, and those with skin allergies by 69 percent (and the increase isn’t merely a by-product of fuller reporting by parents, experts say).”