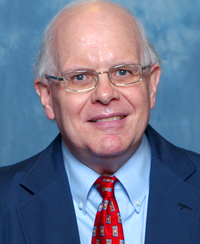 It’s now clear that in the second half of August, as soon as the political situation in Egypt became less explosion-prone, the Qatar and Saudi Arabia Wahabiite monarchies have applied an unprecedented amount of pressure on the White House, especially on President Obama himself. The unnamed sources of the certain Persian Gulf countries have confined to the international press that Riyadh and Doha have resorted to the most vulgar of all means – bribery.

The high profile officials were not simply provided with handsome sums for the green old age, they were promised to receive extensive investments in the US economy.

Webster Griffin Tarpley (Pittsfield, Massachusetts, 1946) is a philosopher of history who seeks to provide the programs and strategies needed to overcome the current world crisis. As an activist historian he first became widely known for his book George Bush: The Unauthorized Biography (1992), a masterpiece of research which is still a must read.