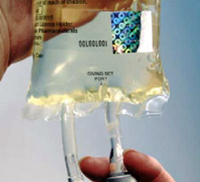 NATURALNEWS. The regulatory framework that guides the approval process for new pharmaceutical drugs is becoming increasingly compromised, as drug companies continue to chip away at its core functions. And according to a report new cancer drugs are among the worst regulatory offenders these days, with many of them now completely bypassing the normal clinical trial process, as they are rushed to market.

Framed as a positive development for the thousands of people suffering from cancers that do not respond to traditional chemotherapy and radiation, the U.S. Food and Drug Administration’s (FDA) relatively recent expedited review process for immunotherapy cancer drugs is making experimental medications more widely available to desperate patients.

But is Big Pharma taking advantage of this desperation by using it as an opportunity to skip the clinical trial process?

Since the typical approval process for new drugs is both lengthy and costly, sometimes lasting a decade or more and costing upwards of $1 billion per drug, according to some reports, drug companies have long sought shortcuts that might help bypass this laborious process.

And now they have finally found a way, convincing higher-ups at the FDA to shorten the approval process and get new drugs to market more quickly.