Is Species Integrity a Human Right? A Rights Issue Emerging from Individual Liberties with New Technologies 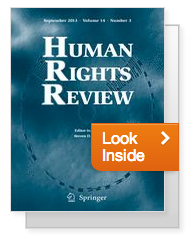 Currently, some philosophers and technicians propose to change the fundamental constitution ofHomo sapiens, as by significantly altering the genome, implanting microchips in the brain, and pursuing related techniques.

Among these proposals are aspirations to guide humanity’s evolution into new species. Some philosophers have countered that such species alteration is unethical and have proposed international policies to protect species integrity; yet, it remains unclear on what basis such right to species integrity would rest. An answer may come from an unexpected angle of rights issues: Some cultures have indicated that they want no part of our technological culture, preferring to retain their practices.