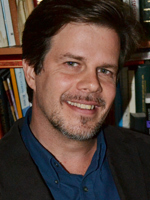 A few minutes of surfing the Internet quickly reveals a disturbing trend: Americans are becoming increasingly fearful of the one institution that they have held with some degree of contempt since the nation’s founding, and that is their very government.

The cloud now hanging over America’s national mood is more understandable when we consider the escalation of events over the past decade. Somewhere between the clunky bookends of the terrorist attacks of Sept 11, 2001 and Edward Snowden’s NSA revelations of 2013, the United States began to appear less of a democratic superpower and more a repressive kingdom of fear, a neurotic empire of anxiety that trusts nobody, least of all itself.

Robert Bridge has worked as a journalist in Russia since 1998. Formerly the editor-in-chief of The Moscow News, Bridge is the author of the book, “Midnight in the American Empire.”