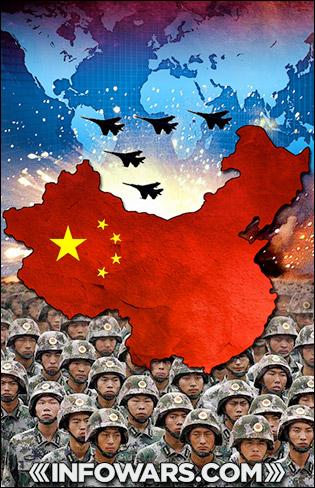 The recent spate of bellicose militaristic rhetoric emanating out of Chinese state media has continued in the form of a 7, 500 word Xinhua editorial which outlines how Chinese president Xi Jinping has ordered the People’s Liberation Army to prepare for war.

According to a summary of the editorial, China’s “Mission Action 2013? exercise was part of a move, “to deepen preparations for potential conflict to ensure that the troops are ready if called upon not only to fight, but to win.”

President Xi’s increased number of visits to PLA military zones over the past year are part of military reforms in order “to prepare his troops in the event of war,” the editorial stated.

The editorial cited the threats posed by Japan over the disputed Senkaku Islands, domestic terrorist attacks, and the increased US military presence in the Asia Pacific. These issues have caused “major changes” in China’s national security situation and warrant strengthening and increasing the “battle-readiness” of the PLA.

Michael Anti: Behind the Great Firewall of China