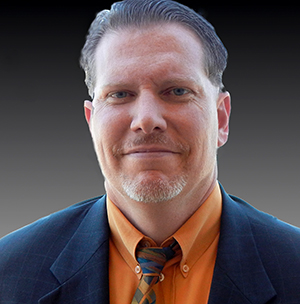 John B. Wells was joined on the American radio station Coast to Coast by author and health freedom advocate, Ty Bollinger, for a discussion on monumental myths of the ’modern Medical Mafia’ and the mainstream media. He cautioned that the blind acceptance of various medical treatments by the general population could have disastrous consequences for their health.

To that end, he cited a study done less than a decade ago which stunningly showed that over 780,000 people die per year as a result of doctor-related mishaps such as hospital infections, surgery errors, or unnecessary procedures. ”That is the number one killer in the country,” Bollinger marveled, ”it’s worse than cancer and heart disease.”

Additionally, he pointed to a government-backed study from the 1970’s which concluded that only 10 to 20% of medical procedures have been proven to be effective in controlled trials.

”Waking up to the ’medical mafia,'” he said about his research, ”really opened my eyes to a whole new world of lies and myths that we are being fed each and every day.”

Claims that cholesterol causes heart disease was one misconception which Bollinger accused the mainstream media for propagating on behalf of the medical establishment. ”That’s not true at all,” he declared, blaming heart disease on high sugar diets which cause small lesions inside blood vessels.

Cholesterol, he explained, is simply fatty tissue which collects on these lesions in an attempt to patch them. ”It’s indicative of modern medicine looking at the symptom instead of the cause,” he observed, ”cholesterol is a symptom of the fact that you’ve got a diet that’s too high in sugar.” This misplaced focus is not an error of the medical establishment, he contended, but rather an agenda aimed at maximizing profits by not treating the root cause of illnesses.

He also decried the widespread use of aspartame in food, noting that the sweet-tasting chemical was originally discovered during experiments to develop a new kind of rat poison. In fact, multiple early tests on aspartame, Bollinger said, showed a wide variety of harmful effects on animals.

Despite initial government warnings about the chemical, suspicious bureaucratic changes allowed the FDA to eventually approve the use of aspartame in food.

To demonstrate the dangerous effects of aspartame, Bollinger quoted a massive study from last year which showed that ingesting one diet soda per day increases leukemia risk by 42 percent and non-Hodgkin lymphoma risk by 31 percent. Over the course of the evening, Bollinger also talked about medical misconceptions surrounding cancer as well as the dangers of vaccines and government-mandated fluorescent light bulbs.

ABOUT. Ty Bollinger is a CPA, health freedom advocate, cancer researcher, former competitive bodybuilder and author. After losing several family members to cancer, he refused to accept the notion that chemotherapy, radiation, and surgery were the most effective treatments available for cancer patients.

He began a quest to learn all he possibly could about alternative cancer treatments and the medical industry. What he uncovered was shocking. There is ample evidence to support the allegation that the ”war on cancer” is largely a fraud and that multinational pharmaceutical companies are ”running the show.”

Ty has now made it his life mission to share the most remarkable discovery he made on his quest: the vast majority of all diseases, including cancer, can be easily prevented and even cured without drugs or surgery.

Cancer: Step Outside the Box