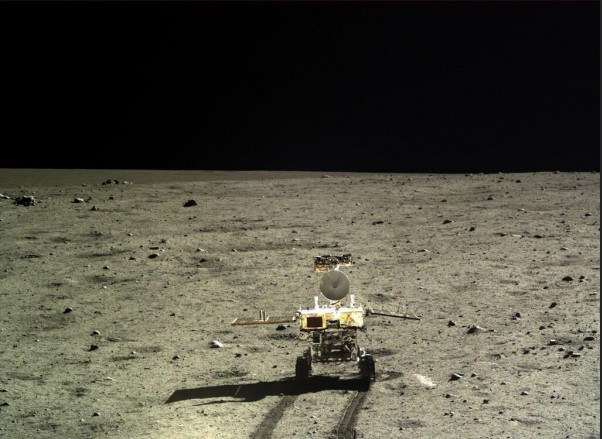 National Geographic: The solar-powered Jade Rabbit rover is seen here making tracks away from the lander just before it goes into hibernation for the two-week-long lunar night. Credit: CSNA

“The Chang’e-3 mission is China’s first ever lunar landing and marks the first successful soft landing on the moon in nearly three decades. The Soviet Union was the last to do it in 1976 with the Luna 4 probe.”

NASA scientist calls for establishment of a Moon base

China want to use Moon for military base

Michael Anti: Behind the Great Firewall of China

Moon and Earth may be younger than originally thought