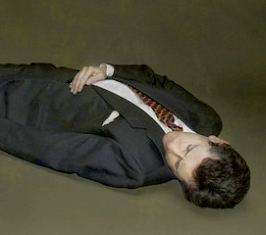 A SHEEP NO MORE. On Wednesday we reported that another JP Morgan banker has been found dead, as the latest banker to meet a sudden and untimely demise is Ryan Henry Crane, the Executive Director in JPMorgan’s Global Equities Group.

Today, Steve Quayle’s banker source “V”, who predicted that a wave of banker hits was imminent when the very first bankers began dropping last week, has dropped a bombshell regarding the death of Ryan Henry Crane.

All Wars Are Bankers’ Wars

Another JP Morgan Banker Leaps to His Death

“Yet another banker has committed suicide, with a JP Morgan forex trader leaping to his death from the top of the firm’s Chater House headquarters in Hong Kong.”

“According to several JP Morgan employees, the man was a forex trader with the company,” reports the South China Morning Post, adding that his name was Li Junjie.”

– On January 26, former Deutsche Bank executive Broeksmit was found dead at his South Kensington home after police responded to reports of a man found hanging at a house. According to reports, Broeksmit had “close ties to co-chief executive Anshu Jain.”

– Gabriel Magee, a 39-year-old senior manager at JP Morgan’s European headquarters, jumped 500ft from the top of the bank’s headquarters in central London on January 27, landing on an adjacent 9 story roof.

– Mike Dueker, the chief economist at Russell Investments, fell down a 50 foot embankment in what police are describing as a suicide. He was reported missing on January 29 by friends, who said he had been “having problems at work.”

– Richard Talley, 57, founder of American Title Services in Centennial, Colorado, was also found dead earlier this month after apparentlyshooting himself with a nail gun.

– Tim Dickenson, a U.K.-based communications director at Swiss Re AG, also died last month, although the circumstances surrounding his death are still unknown.