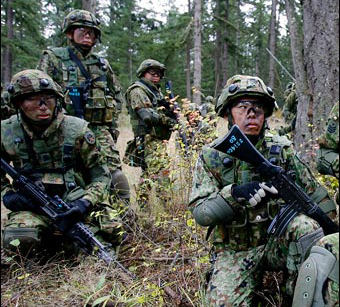 Media outlets in Asia reports there are yet more signs Japan is preparing for war with china. Japan is considering future weapon transfers to other Asian countries as it builds alliances for a potential war with China.

Asia Weekly, a Hong Kong-based news outlet, writes that Japan is also secretly developing a nuclear weapons program. This is a response to increasing hostilities with China over the ongoing East China Sea conflict, according to the sources InfoWars refers to.

According to the report, paraphrased by the Want China Times, “With the capability to build at least 2,000 nuclear warheads, Japan has recently demanded the United States return 300 kilograms of plutonium. A Japanese military analyst told Yazhou Zhoukan that Washington has paid close attention to the potential development of nuclear weapons in Japan.

As part of Japanese Prime Minister Shinzo Abe’s plan to “deepen and enhance cooperation” with ASEAN, a ministry official told Kyodo News that Japan is currently looking to ease its policy on arms exports, a clear indication that the island nation is taking the threat of war with China seriously.

Japan Prepares For War With China