PRESSRELEASE. Bioautismo-Chile is proud to announce that on January 15, 2014, a law regulating the use of Thimerosal in vaccines was unanimously approved by our Congress (84 votes in favor [with 5 abstentions]).

The bill, #7036-11, which eliminates mercury from most all vaccines, is the end of a successful legislative process that brought all political parties together to the conclusion that our population has to be protected. The next and last legislative step is the Country President’s signature of this Law.

The Law was approved with the following indications:

We are extremely thankful for our legislators who voted for this law based on real evidence and not based on the declarations made by international organizations with obvious conflicts of interest and/or organizations that are also highly responsible for the continuous and systematic injection of mercury into the children of developing countries.

Also, we would like to recognize the key role played by our congressmen and congresswomen, who led this initiative from the beginning, Mrs. Cristina Girardi, Mr. Rene? Saffirio, Dr. Enrique Accorsi and Dr. Juan Lobos (deceased), who was President of the Congress’ Health Commission when this effort began.

It is also important to highlight the courage and clarity of Dr. Enrique Paris, Pediatrician and Toxicologist, President of the Medical College of Chile, Chair- man of the Toxicology Center (CITUC), who supported this process from the beginning, advocating for the Precautionary Principle and the Equality Principle, cornerstones of this Law.
We extend our thanks to CoMeD (Coalition For Mercury-free Drugs) and ARI (Autism Research Institute), both NGOs from the United States, as well as to Doctors Janet K. Kern, Evelyn Calderon, Paul G. King, Sergio Vaisman, and Pharmaceutical Chemist Mrs. Alexandra Zun?iga, all of whom prepared the latest reports given to the Congress’ Health Commission, prior to the final vote for this Law in Congress.

This could not have been possible if we did not have the unconditional support of our citizens, who have supported this cause from the start, which was demonstrated by the more than 20,000 supporting signatures, given to the current President of Chile in September of 2012. It could not have been possible either without the coverage given by our independent Media, the active participation of our friends and health professionals from all over Chile and the rest of the World, and especially the families of the children with autism.
This Law is a historical achievement and a tremendous advance towards the best vaccines for our children in the region and, without any doubt, must be coupled with better detection, intervention and therapy programs for autism, to better prepare those harmed for their adult life. This is a pending debt owed to them by our country. 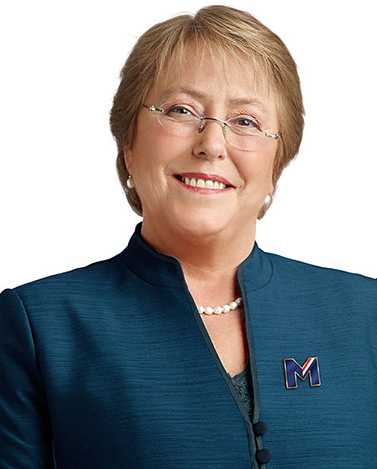 “…the current president, Sebastian Pinera, is leaving office, being replaced in March by Michelle Bachelet, a pediatrician and former public health, WHO associate. Will the Chilean Congress and “the people” have their way? The rich and elite have been able to access the preferred ”mercury-free vaccines”.

However, the cost is prohibitive to “the people” and education about the dangers of mercury, is not widespread except for the efforts of groups like BioAutisma. Is Michelle Bachelet really the freedom person she purports to be – working for diversity and equality in education and health? We will see how fast she puts her name on the line in support of “the people” and the overwhelming majority of the Chilean Congress.”