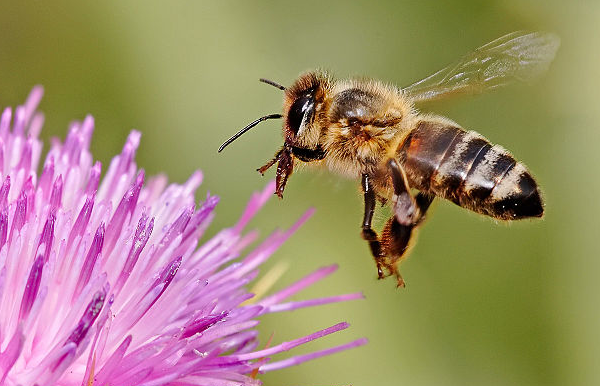 RT.com. Bees exposed to insecticides (neonicotinoids) gather less than 50% of the pollen that they normally do. This leads to starvation, UK researches have said. Some scientists hailed the study. Pesticide makers remained unimpressed.

A team of British scientists have revealed how the neurotoxic chemicals contained in agricultural neonicotinoids affect the very basic function of the honeybees – the gathering of pollen, or flower nectar.

“Pollen is the only source of protein that bees have, and it is vital for rearing their young. Collecting it is fiddly, slow work for the bees and intoxicated bees become much worse at it. Without much pollen, nests will inevitably struggle,” explained University of Sussex professor Dave Goulson.

Bees in danger: Epidemic of colony collapses is linked to stressed out honeybees